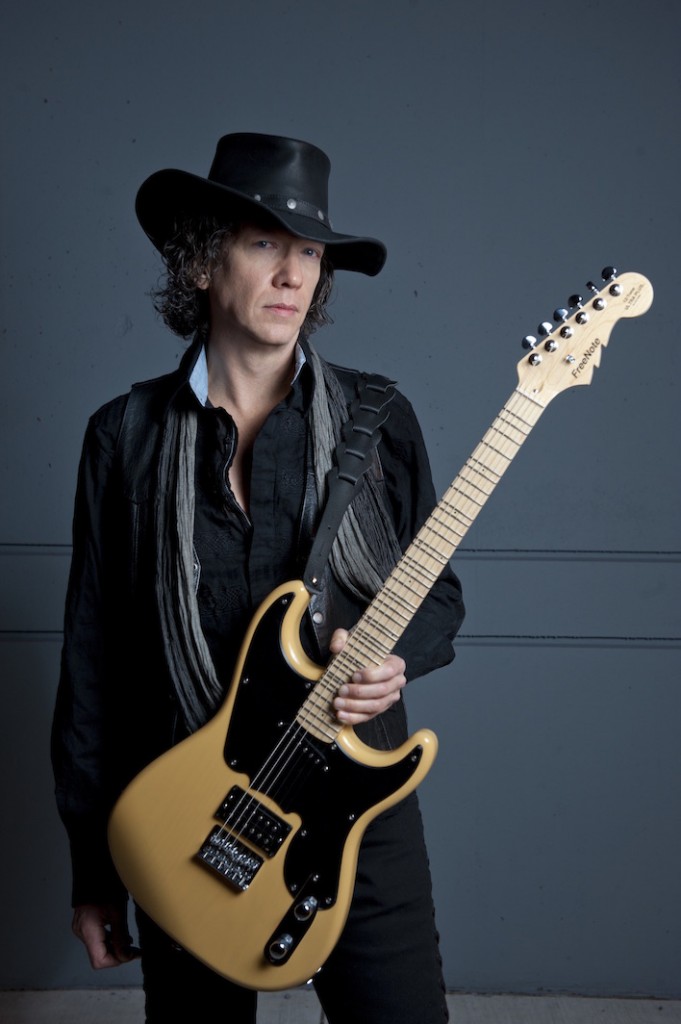 Jon Catler is one of the world’s leading innovators on microtonal guitar. For many years, Catler’s interest has been in the exploration of the “notes-between-the-notes,” or microtonal music. He has devised his own system of tuning based on Just Intonation: The pure intervals of the Harmonic Series. He has redesigned his guitar to allow an unprecedented range of consonance and dissonance, alternating between a 64-note per octave fretted guitar and a fretless.

Noted for his work with legendary composer, La Monte Young, Catler can be heard as featured soloist on the Gramavision double-CD: La Monte Young and the Forever Bad Blues Band. The CD has been widely reviewed (four stars in Rolling Stone), and the band has toured Europe and played Alice Tully Hall, the Kitchen, and The Knitting Factory.

He has appeared as composer and performer on the Futurismo/Futurismi Festival, Manca Festival, Montreal Jazz Festival, Quebec Festival d’Ete, the Angelica Festival and the American Festival of Microtonal Music of which he is co-founder. Catler performed in the world premier version of Ives’ ‘Universe Symphony’ at Lincoln Center, a climax of AFMM’s 25-year history. Catler also performed on the original Harry Partch guitars with Newband in a performance of Partch’s Oedipus at The Metropolitan Museum of Art in NYC.

Catler has recorded and performed throughout Europe and the U.S. with many Just Intonation groups, and can be heard on The Microtones’ recording Cowpeople on the M-Tone label which features his own compositions.

As the founder of microtonal music label, FreeNote Records, Catler released the CD Crash Landing by the Catler Bros., as well as Birdhouse, which features some microtonal transcriptions of actual birdsong. In 2001, Catler, with the co-sponsorship of La Monte Young, premiered the World Out Of Tune (W.O.O.T.) Festival which featured performances of composers working in Just Intonation. Catler has also performed in Young’s Raga Ensemble, playing a FreeNote Fretless Sustainer Guitar.

Jon Catler’s pioneering work Evolution for Electric Guitar and Orchestra headlined W.O.O.T. Festival at the NYC venue Makor. In January 2001, Evolution was recorded with Grammy award winning conductor Joel Thome. Jon Catler’s most recent musical project is Just Intonation blues band Willie McBlind, whose first CD debuted in 2007. Their second CD, Bad Thing, was released in 2009. His book, The Nature of Music, was first published in January 2002, and is now in its 4th printing. Catler has made his microtonal fretting designs available through an exclusive deal with G&L guitars, one of America’s top builders, as well as on the new FreeNote Guitars. These guitars, along with the above CD’s and others, are available through the FreeNote Music catalog.