Below are some of the recordings out now on FreeNote Records, as well as a sampling from other great microtonal artists. 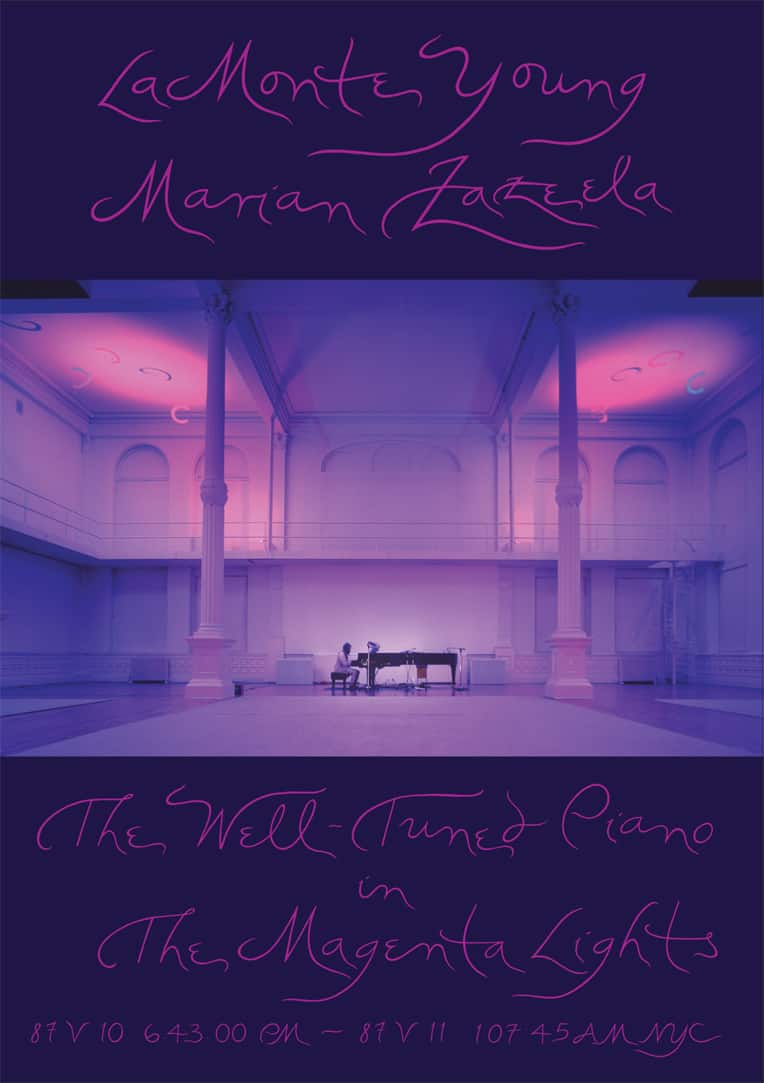 The Well-Tuned Piano in The Magenta Lights

New edition contains a 52-page booklet. Out of print for nearly a decade,
La Monte Young’s towering composition is now available in this new edition. Perhaps the greatest Harmonic Series composition ever, this work should be heard by anyone who wants to understand the transformative power of natural tuning. 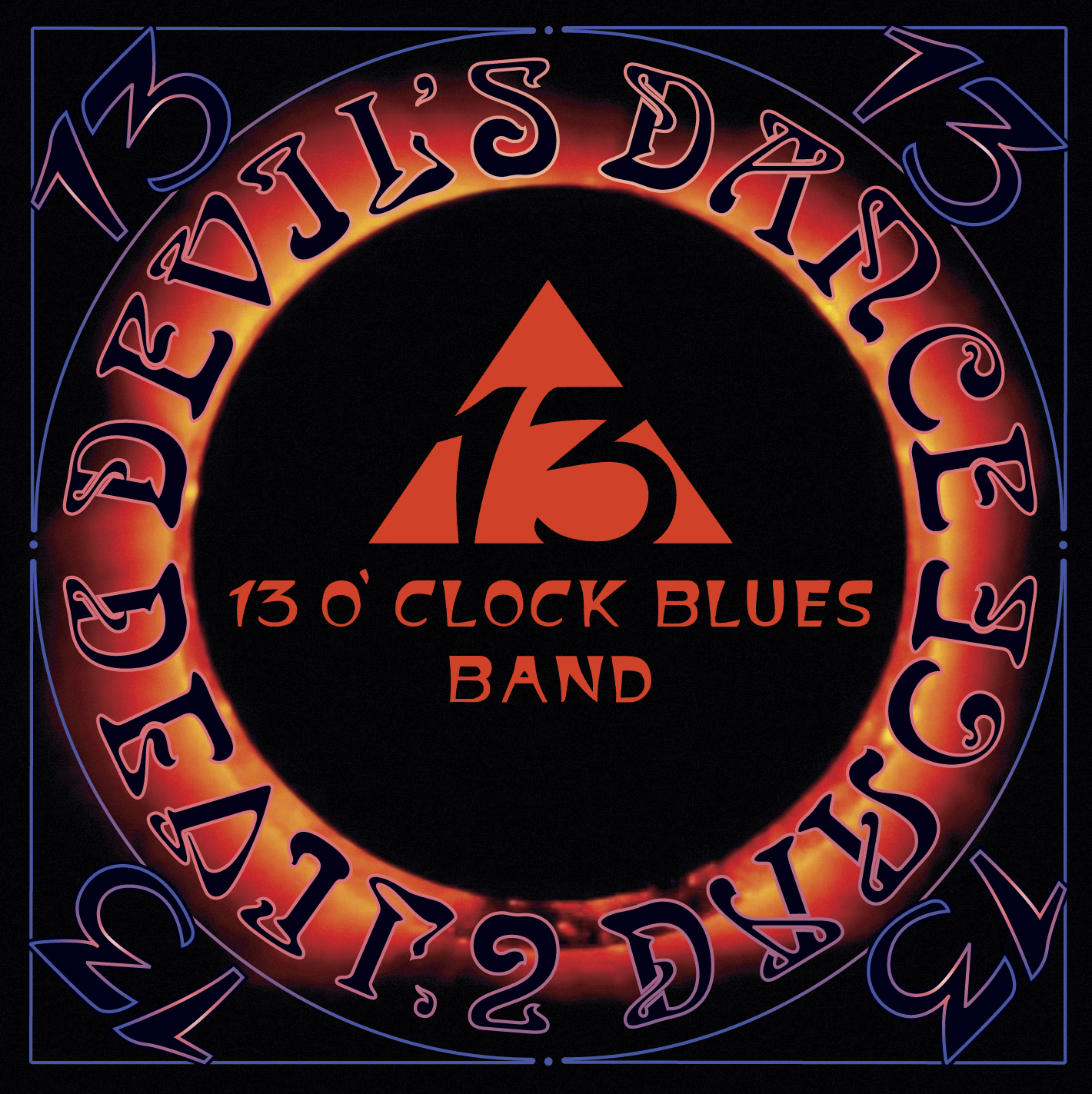 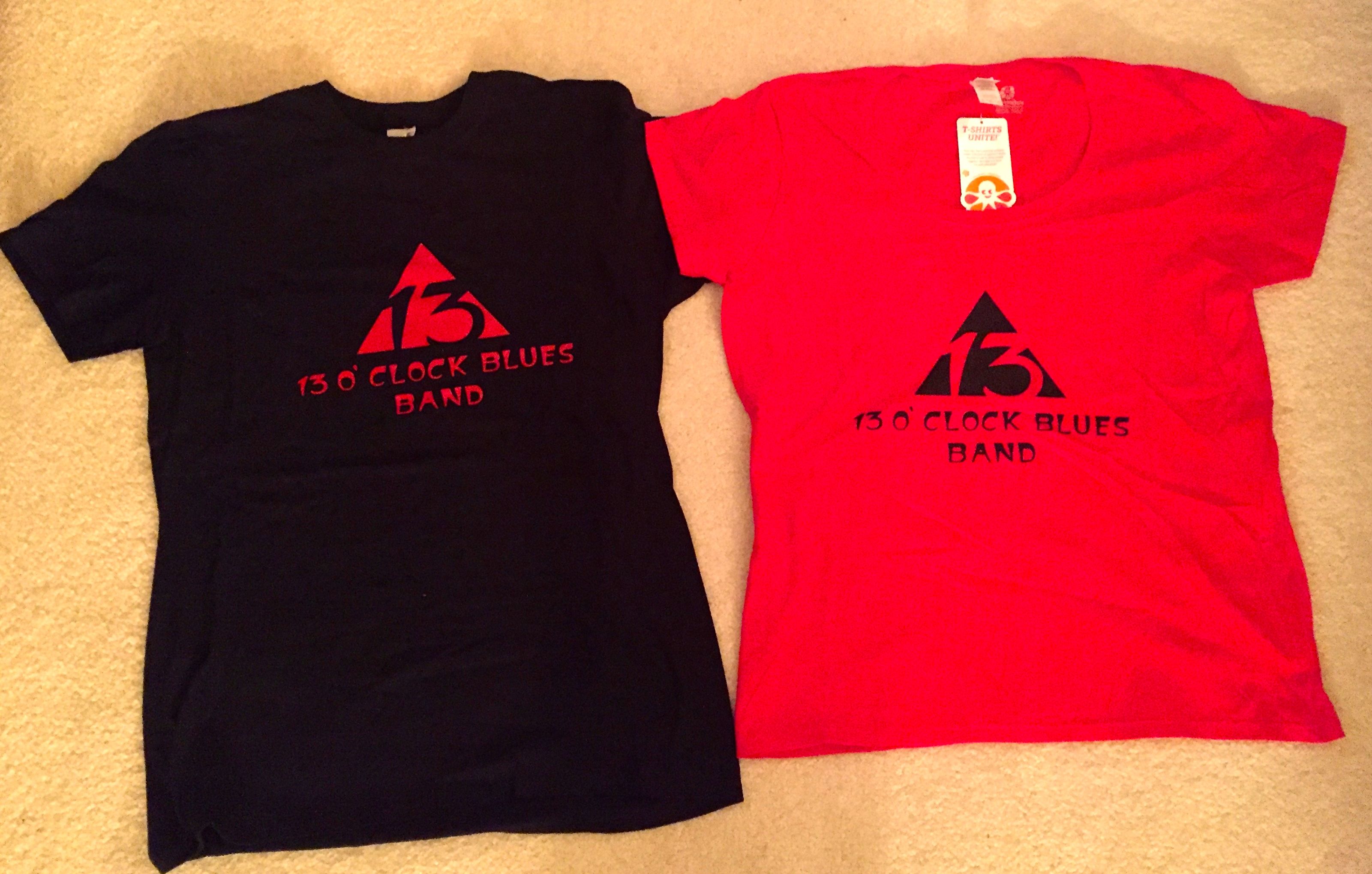 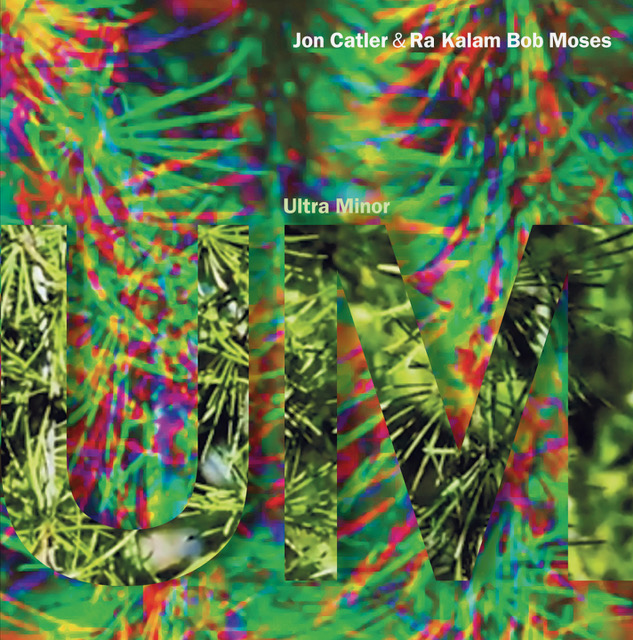 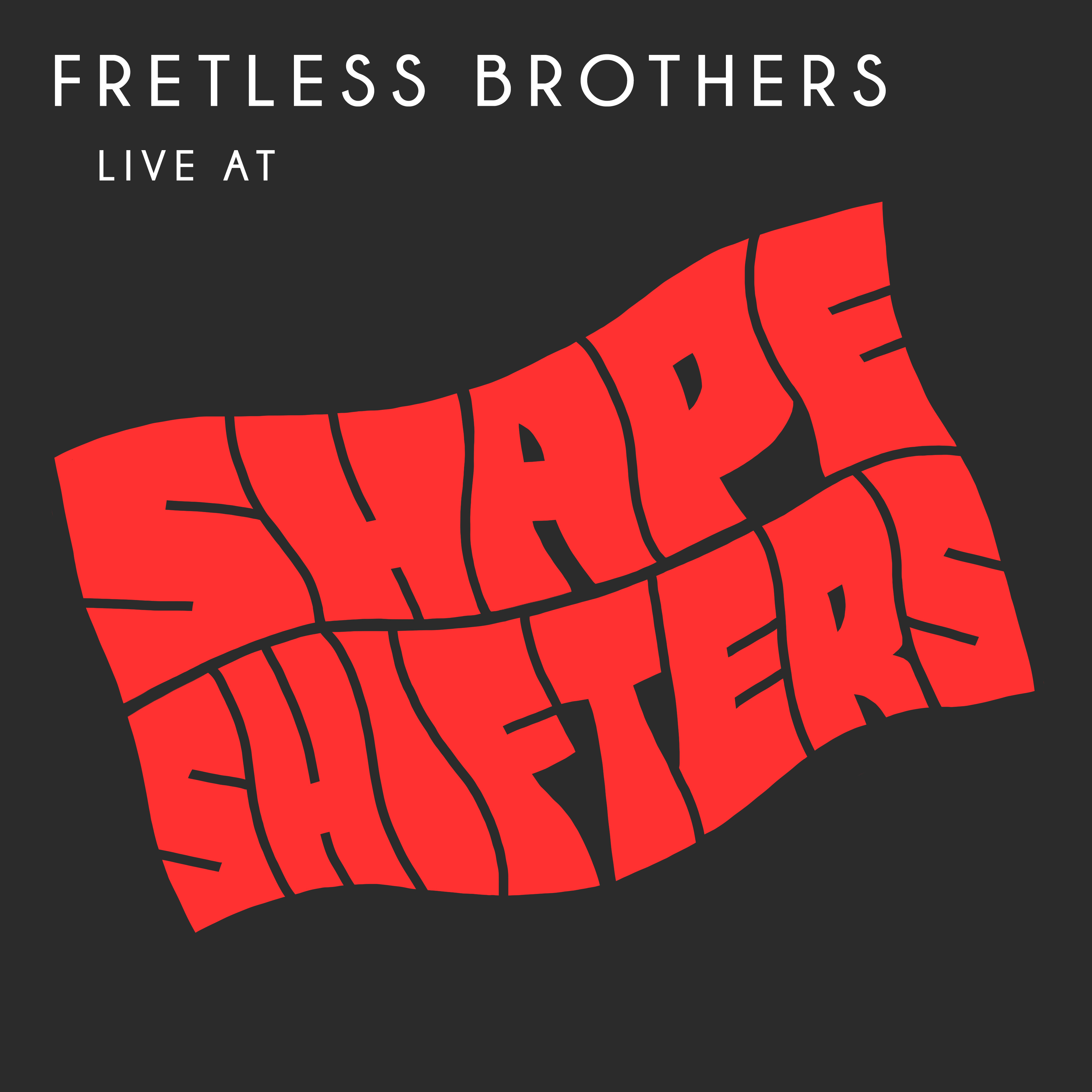 Now Available to Download!! New Fretless Brothers Live At ShapeShifter’s release contains hot new versions of some songs from the ‘Footsteps’ CD, plus new epic compositions like ‘Aqua Luna’, ‘Speed Of Life’, and ‘Lost At Sea’. Recorded live at ShapeShifter’s in Brooklyn, this digital release captures the band’s riveting performance in front of a mesmerized crowd. FreeNote Records is proud to announce the release of the new CD from Fretless Brothers, Footsteps, recorded entirely in the 12-Tone Ultra Plus® Tuning system. Featuring Jon Catler and Dane Johnson on guitars, Hansford Rowe on bass, and Brian Chase on drums, this futuristic jazz record was recorded live at Water Music Studios in Hoboken, NJ. The compositions and solos highlight the unique properties of this tuning system which allow modulation to many different key centers, all in 13-limit Just Intonation.

This is Willie McBlind’s long awaited, groundbreaking 3rd CD, and it features songs about the train using Harmonic Series tuning. Featured on this CD are musical techniques seldom, if ever, heard on record before including Harmonic Rhythm and Harmonic Lyrics, a title track composed completely in the Undertone Series (the mysterious and unexplored sister of the Overtone Series), and an unprecedented Train Cloud summoning in the Ghost Train at the end of the CD.

All compositions are by Jon Catler, with the exception of a special arrangement of Robert Johnson’s “Love in Vain.” Songs on this CD include “Sittin’ In The Train Station,” “Slow Moving Train,” “The Train That Never Came,” and the title track “Live Long Day.” With: Jon Catler, guitars; Babe Borden, vocals and autoharp; Mat Fieldes, bass; Lorne Watson, drums.

“Everything I see reminds me of the pain, and there’s a whole lot of windows on this Slow Moving Train……” 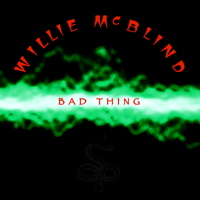 “Exhilarating….No other blues band in creation sounds like the one fronted by Jon Catler and Babe Borden” – ****4 Star review, Downbeat Magazine, Frank-John Hadley

“….a major step forward in the evolution of American blues.” – Todd S. Jenkins, All About Jazz 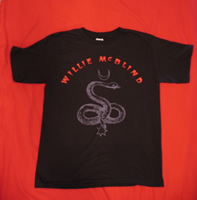 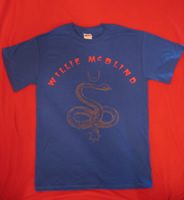 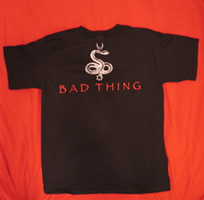 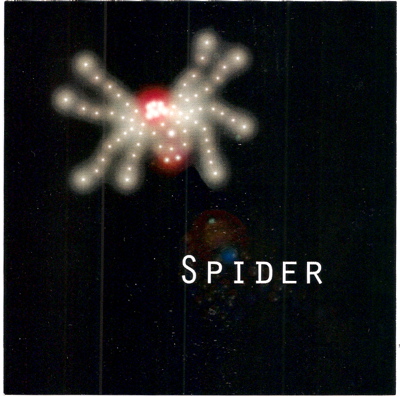 TEMPORARILY OUT OF STOCK

***FOR INTERNATIONAL ORDERS, SEE BELOW. 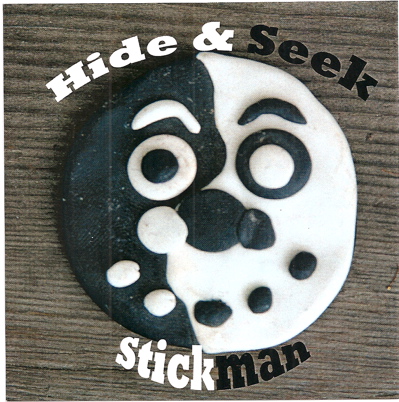 ***FOR INTERNATIONAL ORDERS, SEE BELOW. 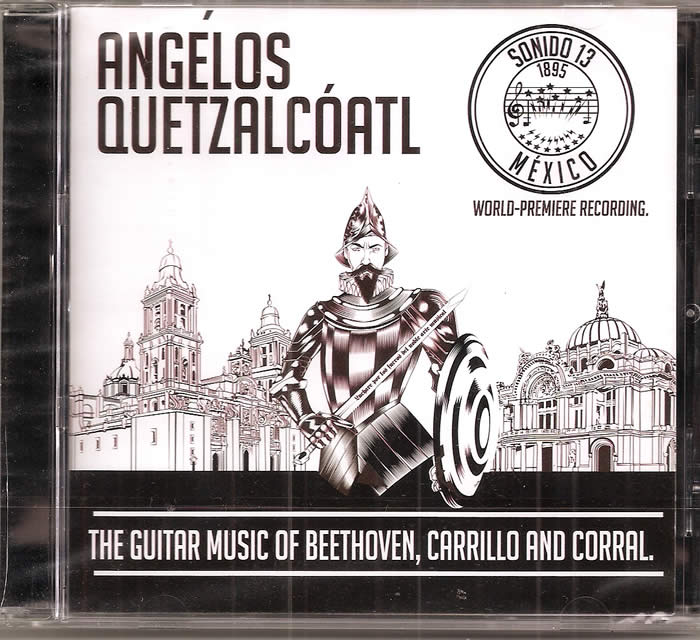 From Sonido 13, Angelos Quetzalcoatl’s new cd, The Guitar Music of Beethoven, Carrillo and Corral, features classical guitar performances that include some rare works by microtonal composer Julian Carrillo (1875-1965). Hailing from Mexico, Carrillo produced a number of instruments designed to play increasingly smaller divisions of the semitone. Included here are Carrillo’s Suite for Quarter-Tone Guitar, Three Preludes in Semitones, Two Preludes for Carrillo Guitar, and Two Etudes in Quarter-Tones. Also included is a piece for Double-Neck E-Guitar by Corral (1980-) and Ludwig Van Beethoven’s Sonata For Guitar. 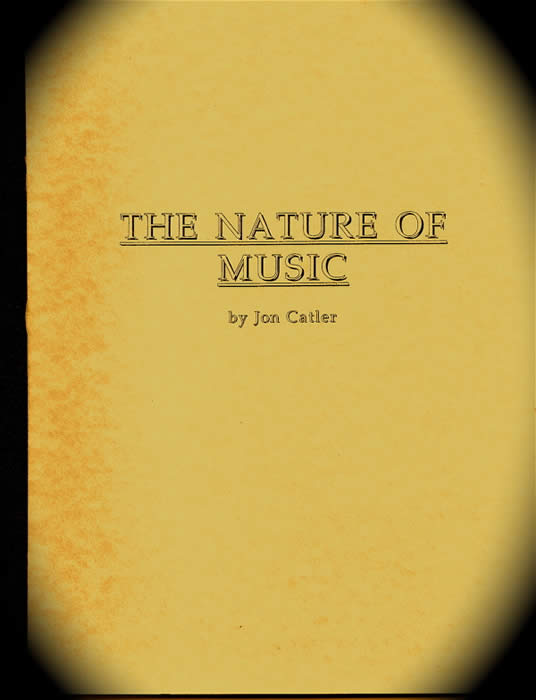 The much anticipated manual that reveals the mysteries of the Harmonic Series and the evolution of Jon Catler’s 64-note per octave Just Intonation scale. FreeNote Music, 2003. Paperback. 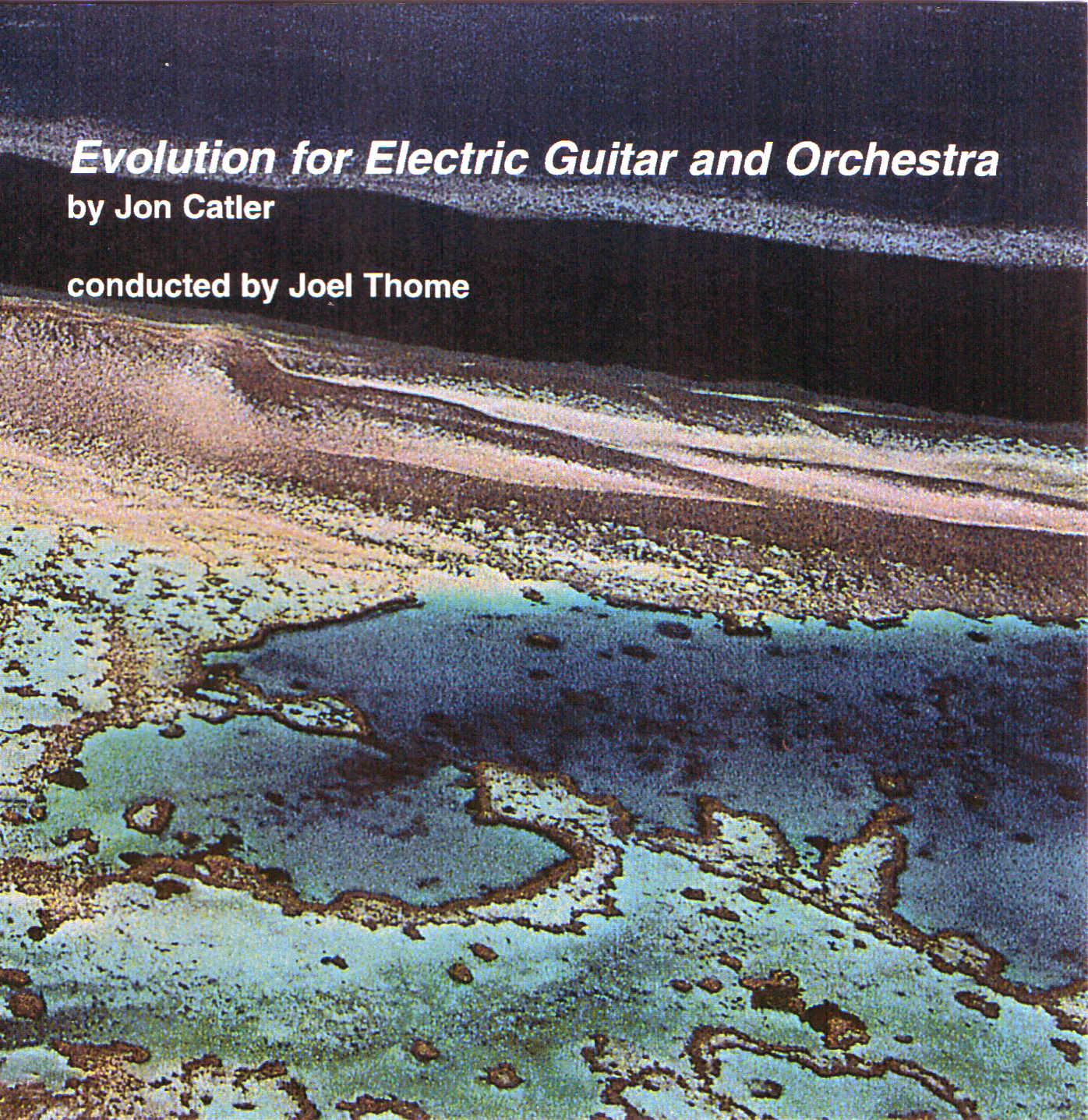 Performed in 62-Tone Just Intonation, this four movement symphonic work builds from sustained Harmonic resonance, to tight unison passages, to driving tribal rythmns, leading to a high-paced finale. Conducted by Grammy award winner Joel Thome (Frank Zappa, Steve Vai) and led by Jon Catler’s 62-note per octave guitar, the orchestra features some of New York’s top musicians in a daring, landmark work. Instrumentation: 2 Just Intonation guitars, 2 violins, viola, cello, upright bass, electric JI bass, percussion, and 2 vocalists, all in 13-limit Harmonic Series tuning. If you’re interested in hearing the evolution of tuning and what can be done with the Harmonic Series in 2001, get this CD. This is a Limited Edition pressing. 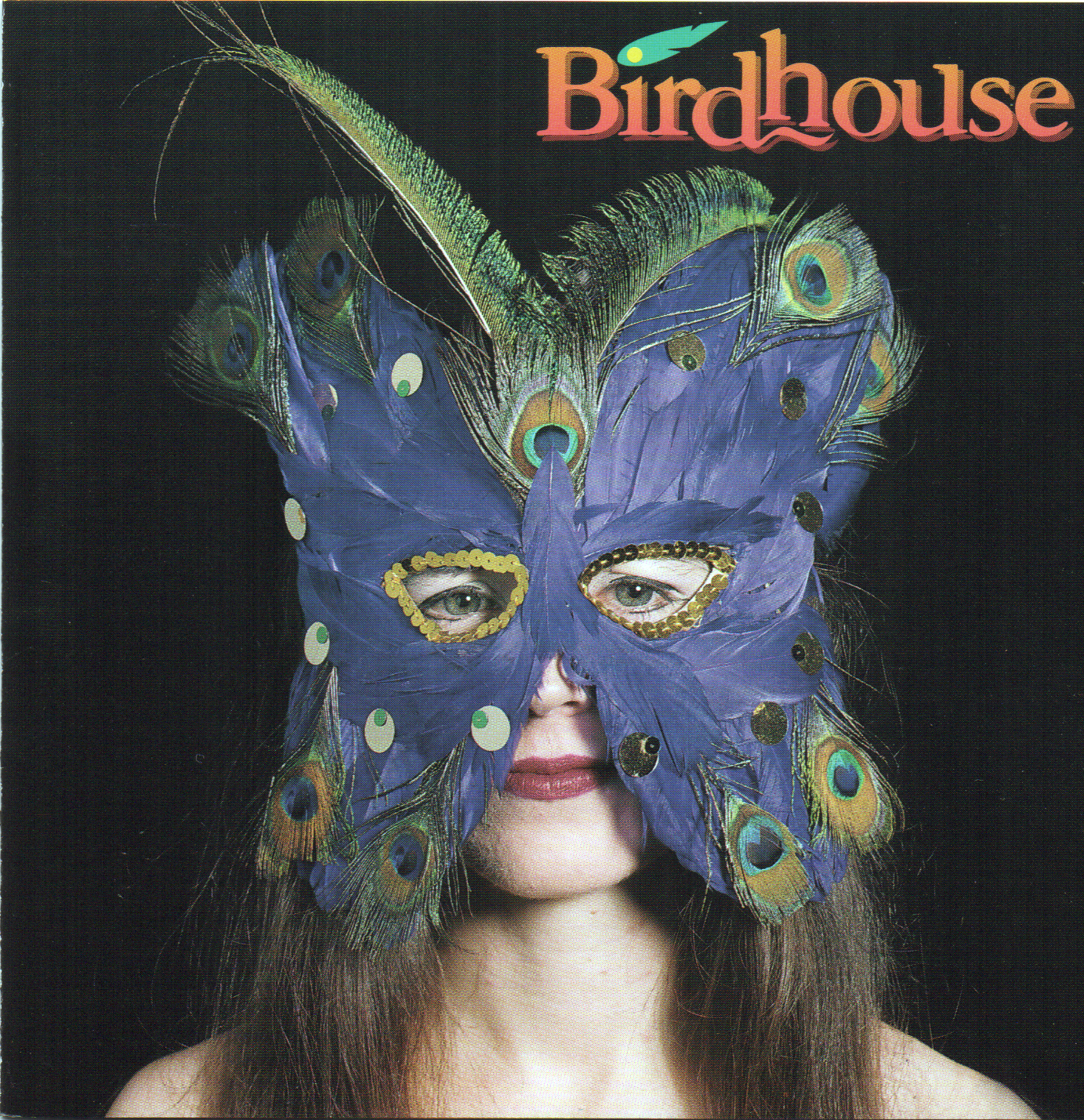 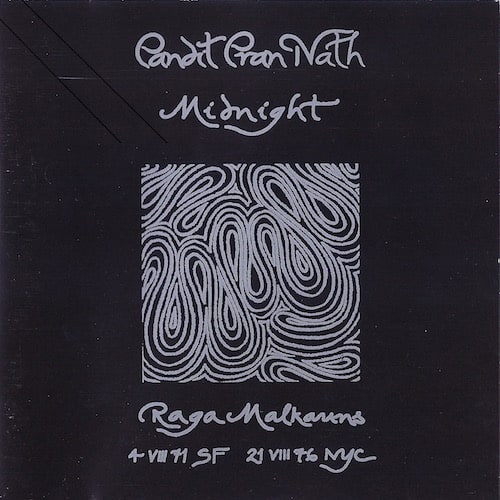 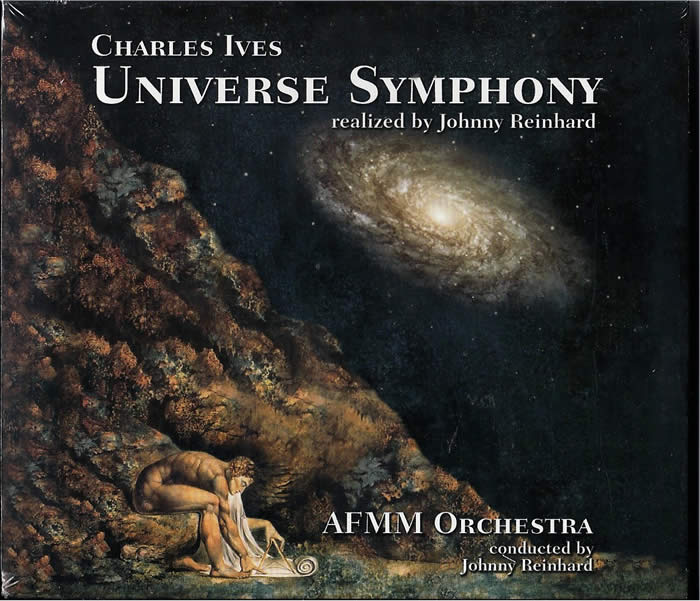 FreeNote Records announces the release by the Stereo Society of Charles Ives’ landmark American work. This is the first release of the polymicrotonal version realized from Ives’ notes through painstaking research by conductor Johnny Reinhard. This performance by the AFMM Orchestra features some of New York City’s top microtonal musicians including Mat Fieldes, Skip La Plante, Jon Catler, David Eggar and others. This limited edition features a 32-page booklet. 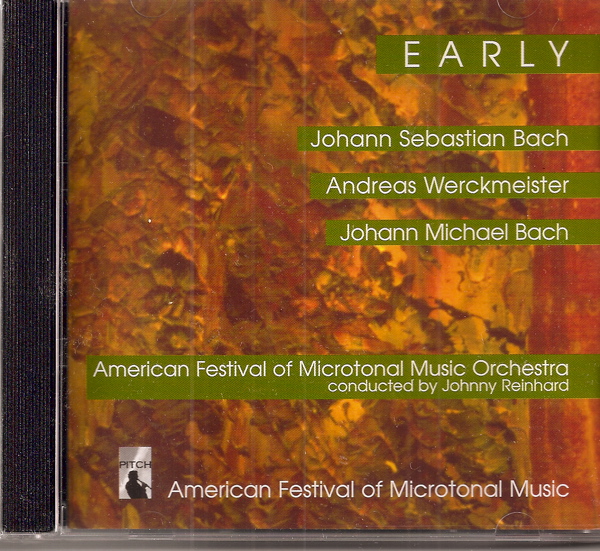 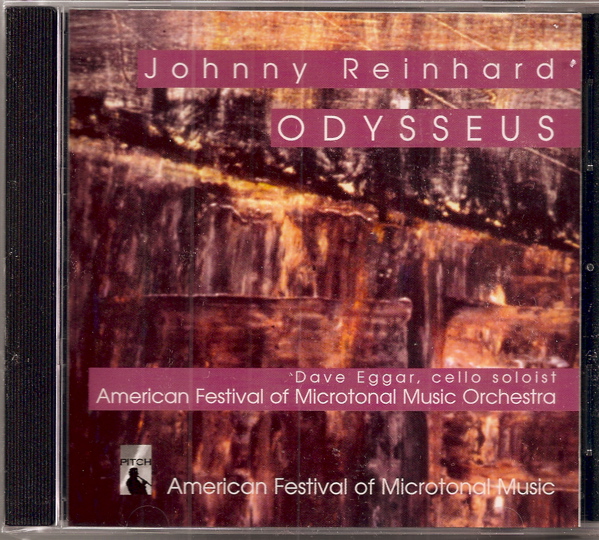 Odysseus by Johnny Reinhard features cellist Dave Eggar and 55 AFMM musicians in the polymicrotonal musical telling of the Homeric epic. The musicians represent a galaxy of the world’s best stemming from all walks of musical life. 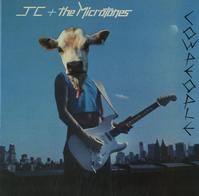 The record that started it all, this 4-song limited edition features trail-blazing rock performed in 31-tone equal temperament.