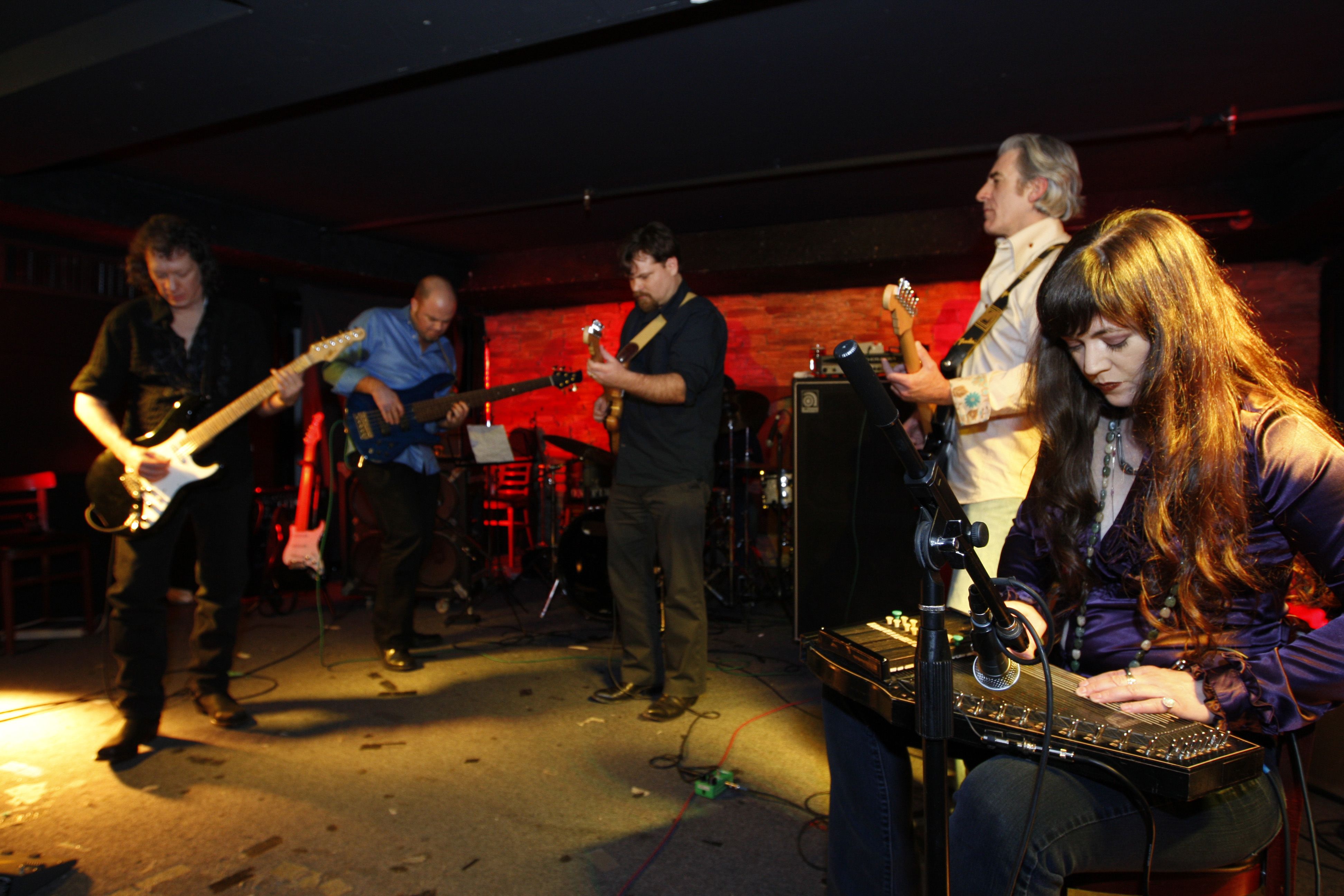 The Evolution Music Festival showcases some of the most progressive and exciting musical artists of our time. In every genre of music, there are always some musicians who look beyond the old boundaries and make new discoveries that move the music ahead. 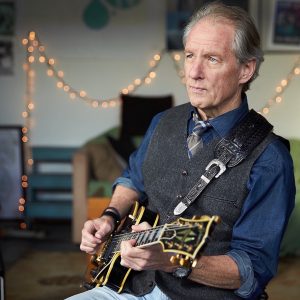 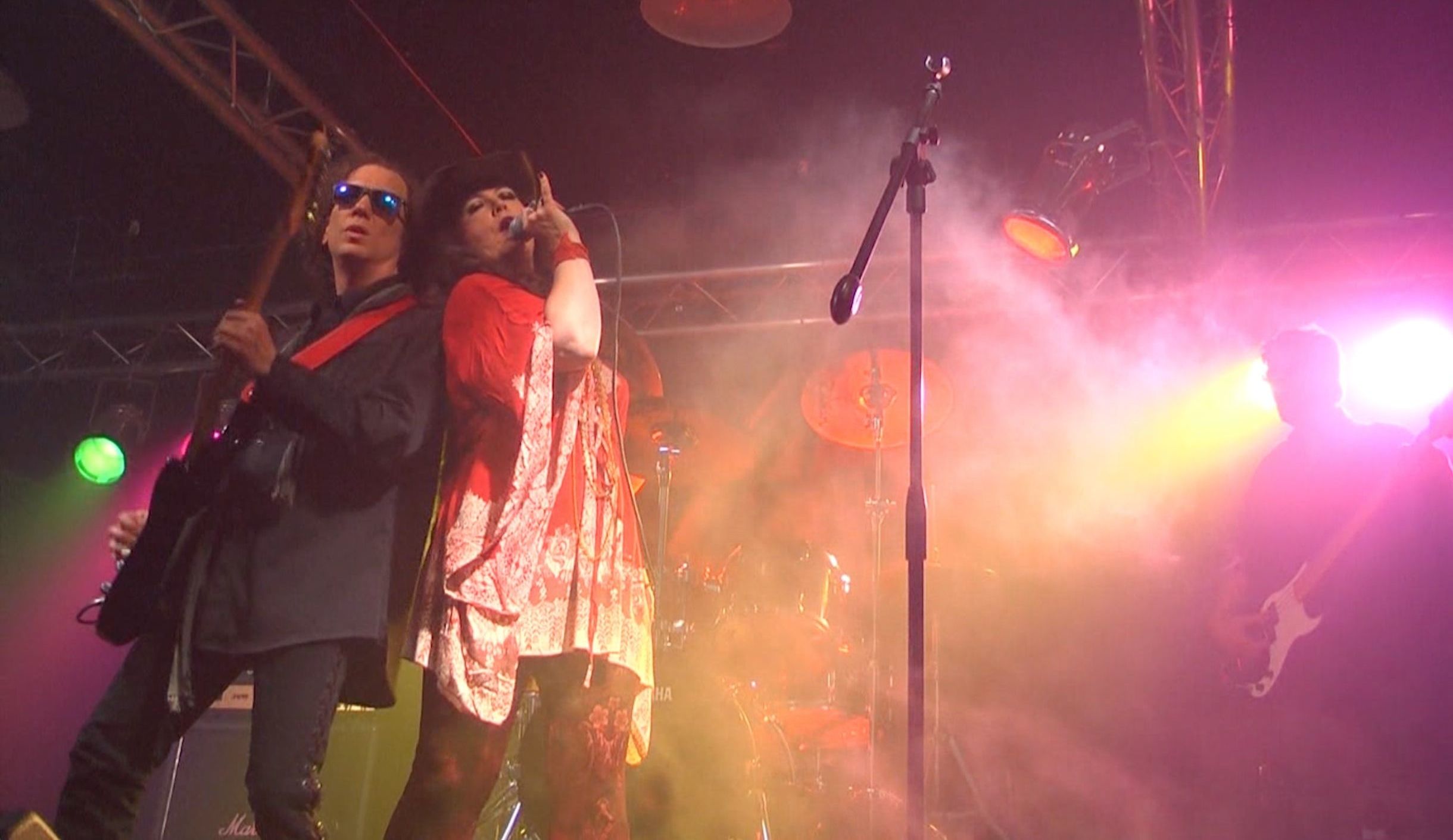 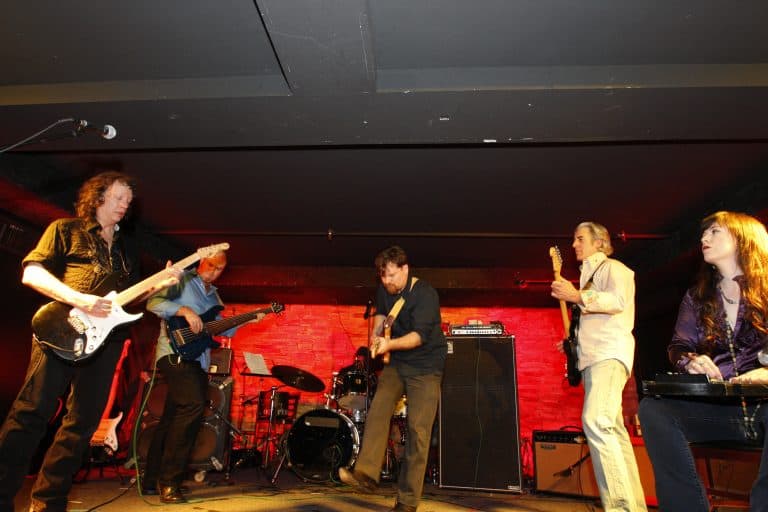 Bringing together different musical acts that share an evolving vision of the future of music, The Evolution Music Festival is proud to present the following featured artists:

13 O’CLOCK BLUES BAND combines the feeling of the deep blues with the improvisation of jazz, the energy of rock, and the compositional structure of classical music. The band is also unique in their use of Harmonic Series tuning, employing systems with up to 64-notes per octave on refretted and fretless instruments, and further tuning these to fundamentals based on Sacred Frequencies. The All-Star band consists of composer/guitarist Jon Catler (La Monte Young), vocalist/keyboardist Babe Borden (Willie McBlind), bassist Timo Shanko (G Love) and drummer Skip Fischer (James Montgomery). The band’s debut CD, Devil’s Dance, is released this summer! www.13OclockBluesBand.com

TIMO SHANKO TRIO – Timo Shanko is well known in Boston for his astounding abilities on multiple instruments. In the trio, he is featured on tenor saxophone, on which he has learned to tune in to the Harmonics of the instrument. Also featured is Ken Clark, celebrated master of the Hammond B-3 organ. The Timo Shanko trio plays a combustible blend of evolving post-modern jazz that builds on a deep appreciation of the masters. Featured musicians on these shows are: Timo Shanko, saxophone; Jef Charland, acoustic bass; Steve Langone, drums; and Ken Clark, organ. www.timoshanko.com

THE EVOLUTION ENSEMBLE brings together a group of forward thinking artists to perform the piece Blues For Allah. Based on the Indian Raga Darbari, but with an expanded tonal system using higher Harmonics, the piece builds from sustained cosmic harmony to intricate unison melodies to a highly rhythmic section using Harmonic Snake Rhythms. Members of The Evolution Ensemble include Jon Catler, Dane Johnson, and Joseph Liebhart on Harmonic Guitars, Hansford Rowe on Fretless Bass, Babe Borden on organ and voice, and Skip Fischer on percussion.

CHUCK McDERMOTT – It’s been said that Chuck McDermott was doing ‘Americana before Americana was cool’. His influential country group, Chuck McDermott and Wheatstraw has drawn critical praise from Rolling Stone, The New York Times, Village Voice, Billboard, Variety, and more. He became an LA favorite with the more rock oriented Chuck McDermott Band and was a 2015 inductee into the Massachusetts Country Music Hall of Fame. Chuck continues to evolve his take on the music with his newest CD, ‘Gin & Rosewater’, which will be released May 22nd. www.chuckmcdermott.com
…the most powerful moment comes on “Hold Back the Water,” a moodily atmospheric, very modern-sounding track about the ravaging of the planet. Chuck uses a great cast of musicians throughout and this album is a welcome breath of fresh air for listeners who crave lasting quality above fickle trends”. Steve Morse– longtime Boston Globe Music Critic, Professor of Rock History at Berklee College of Music

More EVOLUTION from the FreeNote Archives………..
Check out Evolution for Electric Guitar and Orchestra performed at NY Society for Ethical Culture with American Festival of Microtonal Music!!