The Catler Bros. is an Overtone Power Trio, playing instrumental music using 64-tone and fretless guitars, fretless bass and drums. Guitarist Jon Catler and bassist Brad Catler have made music for over 3 decades and their near telepathic microtonal interplay provides a potent live experience. Drummer Jim Mussen joins the Brothers, making for a truly high energy performance. Jon and Brad Catler have also toured the World as part of La Monte Young’s Forever Bad Blues Band. The Catler Bros.’ music often features intricate microtonal heads played in 13-limit Just Intonation which evolve into improvisation as well as Harmonic Clouds which can build to dizzying heights. No other band on the planet plays music quite like the Catler Bros.

“In the extended improv-reveries of guitarist Jon Catler and bassist Brad Catler, you can hear the same blue-note pitch swerves that have been the poetry in motion of guitarists from Son House to Jimi Hendrix.”
– Rolling Stone
“So impressive is Jon Catler’s chording and note selection that it only takes a shocked moment of listening before everything he plays makes sonic sense and you find yourself questioning all that you’ve ever heard about music.”
– Gerald Laurence, Immedia Wire Service

“Jon Catler has integrated his Berklee chops, microtonal intonation and theory, and idiomatic blues feel into a radically original voice. The astonishing thing about his guitar tuning is that it pulls his sound away from the manicured surfaces and glib articulation that often come with his kind of chops and into a scrappier, more juke joint tonality […] Brad Catler’s experience playing Indian, Chinese and Celtic instruments in their indigenous tunings meshes with his groove-focusing time and melodic inventiveness in another wholly individual new musical persona.”
– Robert Palmer 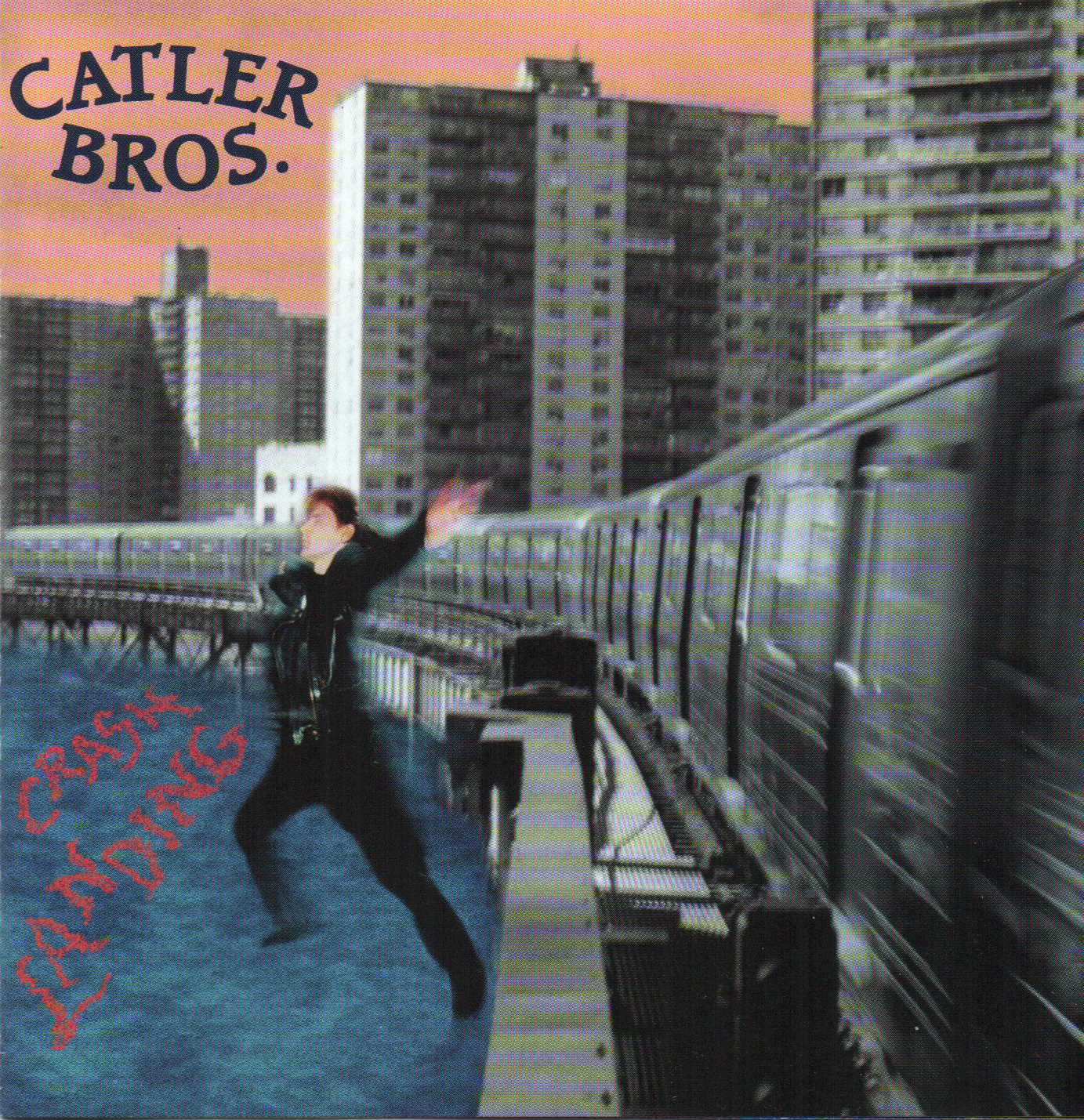 This classic release from The Catler Bros. features 10 songs composed and performed in 49-note per octave Just Intonation tuning. The undeniable chemistry between brothers Jon and Brad Catler results from years of playing, touring and recording together. From the earliest incarnation of the Catler Bros. to legendary concerts and recording with minimalist master La Monte Young, the Catler Bros. have fused a singular sound while pioneering a new musical language.

With Crash Landing the Catler Bros. have achieved something unique. They have left behind the 12-Equal notes per octave used by virtually every other jazz and rock band and built instruments that derive their notes from Nature. This gives them more than 49 notes per octave of pure intervals from the Harmonic Series. Featuring Jon Catler on Just Intonation fretted and fretless guitars, Brad Catler on fretless bass, Jonathan Kane and Virgil Moorefield on drums.