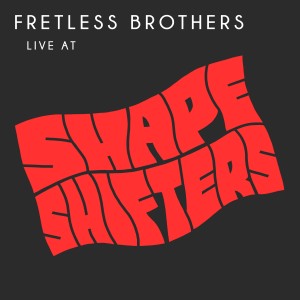 FreeNote Records is pleased to announce the release of the new Fretless Brothers CD, ‘Live At ShapeShifters’ which captures the band on a wild night in Brooklyn.
The band plays a trailblazing mix of jazz improv and rock energy, all performed in a Harmonic Series tuning system using 36 notes per octave. This expands both the consonance and the dissonance available, giving the Fretless Brothers a melodic and Harmonic language that is truly new and unique. At times, the new chords fly by at high speeds, providing extremely challenging changes for the soloists. Other times, the chords hover in the air like Harmonic Clouds, allowing a portal into the mysteries of the natural Harmonic Series.

The Fretless Brothers’ first CD, Footsteps, was released in 2013, and it is the first jazz recording done in Harmonic Series tuning. The new Live At ShapeShifter’s CD contains great energy and interplay, and adds some epic new compositions. The 10/3 show at Lily Pad is the band’s Boston premier.